If you've ever felt overwhelmed by all of the grammar rules in the English language, good news—some are no longer necessary! (In fact, you can find one such example in the title of this article!) Some grammar purists still adhere to the following rules, but there is no reason that you have to, as these so-called errors are not grammatically wrong. So get your English teacher’s voice out of your head and start ignoring these "rules."

The "Rule": Don't split infinitives.
The Reality: Boldly go there.
What is a split infinitive? It's an infinitive used with another word between "to" (the infinitive marker) and the verb itself, and its best-known example is probably the famous Star Trek maxim, "To boldly go where no man has gone before." But no one on the starship Enterprise panicked over a split infinitive, and neither should you.
Here's Why
Keep reading...

2. Ending a sentence with a preposition

The "Rule": Never ever ever do it.
The Reality: The whole thing was probably based on Latin grammar.
Prepositions, those pesky little words like "at," "by," "with," and "from," absolutely should not be used to end a sentence, right? Wrong.
Here's why
You see, 16th-century poet John Dryden first promoted the doctrine that a preposition may not be used at the end of a sentence, but it was probably based on an incorrect analogy to
Keep reading...

The "Rule": "Snuck" is not a proper word.
The Reality: There's no need to sneak around "snuck."
"Sneaked" or "snuck"? Your English professor might prefer "sneaked" as the past tense of "sneak," but most people in the US use "snuck."
Then
According to the American Heritage Dictionary, the Americanism "snuck" probably arose in the 19th century, imitating the pattern set by
Keep reading...

4. Starting a sentence with a conjunction

The "Rule": Don't even think about it.
The Reality: It's OK—no ifs, ands, or buts.
Starting a sentence with a conjunction probably earned you some red ink in school, but fret not—prominent psycholinguist and grammar scholar Steven Pinker sees no need for this rule and believes that it teaches children "misinformation."
Keep reading...

5. Putting two spaces after a period

The "Rule": Put two spaces after every period when typing.
The Reality: This concept warrants a full stop.
Here's a handy way to know if you need to put two spaces after a period: Are you working on a typewriter? No? Then no need to double up on the spaces! Back when type was set by hand, an extra space after a period was encouraged. In today's digital world,
Keep reading...
So which grammar rules do you want to finally see done away with?
Get all volumes of The Farlex Grammar Book in paperback or eBook. 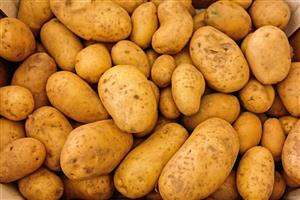