What is an appositive?

Appositives that are made up of one noun or more without any determiners or modifiers are almost always proper nouns, which serve to name common nouns that appears before them. For example:

It is also very common to use noun phrases (which consist of a noun accompanied by any determiners and modifiers) as appositives to provide more descriptive identifying information about a noun; these appositive phrases can modify both common and proper nouns. They usually begin with the articles the, a, and an. For example:
While it is most common to use the articles the, a, and an, we can also use indefinite pronouns (such as one or some) to begin an appositive phrase, as in:

Appositives most commonly appear directly after the noun they identify, as we have seen in all of the examples so far.
However, we can also place an appositive before a noun when it serves to introduce a sentence. This adds emphasis to the information the appositive provides. Note that we can only use appositive phrases (as opposed to proper nouns functioning as appositives) at the beginning of sentences. For example:

Appositives that are necessary for the sentence’s meaning are known as restrictive appositives. These are often proper nouns, and they are integrated into the sentence without commas. For example:
Without the information the appositive provides, the sentence would be confusing and the reader would not know which restaurant the sentence is referring to. Other times, the sentence would still make logical sense, but the implied meaning changes slightly. Consider, for example, these two sentences:
Both sentences make sense. However, in the first example, it is could be inferred that the speaker only has one brother, and he lives in New York. In the second example, it sounds like the speaker has specified his brother’s name because he has more than one brother.
We can also use appositives restrictively when we are making a comparison between two descriptions of the same person. For example: 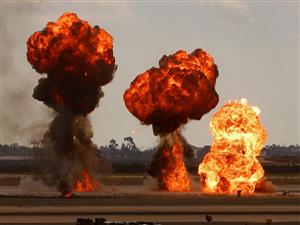