Aspect is a grammatical term that has to do with how an action, state of being, or event unfolds in relation to time. The greatest distinction is made between the perfective aspect, which focuses on actions and events as whole elements, and the imperfective aspect, which deconstructs how an event is structured and located in time.
While other languages may mark the difference with an inflected verb form, English instead relies on a combination of particles, verbs, verb phrases, and lexical clues to determine whether the overall meaning of the action is perfective or imperfective.

What is the perfective aspect?

What is the imperfective aspect?

The imperfective aspect, on the other hand, is used when we focus on the internal structures of an action, state, or event as it relates to time, such as being continuous or habitual (repeating). Again, this has nothing to do with when the event occurs, and, as with the perfective, there is no separate verb form in English for the imperfective aspect.
Instead, it is expressed through different grammatical structures, which change depending on what we are saying about the temporal structure of the action.
We sometimes classify these structures as the continuous aspect and the habitual aspect, both of which are subclasses of the imperfective.

The continuous aspect, also called the progressive aspect, is a subclass of the imperfective that emphasizes the progressive nature of the verb, looking at it as an incomplete action in progress over a specific period of time.
The continuous aspect does not indicate the duration of the action, nor how often it occurs. It simply shows that the action or event is in progress, either at the time of speaking, or at the time that another event occurs. It can be used with the past, present, and future tenses, and it is usually conveyed using a form of the verb be + the present participle. For example:
Past
Present
Future
It should be noted that stative verbs do not normally occur using the be + present participle structure. For example, you could not say “I am knowing John a long time” or “She is appearing unwell.”

The habitual aspect, like the continuous aspect, is also a subclass of the imperfective aspect. It is used when an action occurs repetitively and (usually) predictably. English only has two marked ways of expressing habitual aspect: would + base form of the verb (the infinitive without to) and used to + base form of the verb. When we use these structures, we imply that the action occurred habitually in the past, but does not anymore. For example:
Although the meaning in the two examples above is the same, used to and would are not always directly interchangeable. For example, used to, standing alone, conveys habitual aspect, but would doesn’t. Observe what happens if we remove the time marker when I was young:
When we remove when I was young from the examples, the example using used to retains its habitual aspect, but the example with would doesn’t. Since would can also be used in conditional constructions, we need to include a time marker to clarify when it is being used for the habitual past.
In addition, while used to can be used with both action verbs and stative verbs, would can only be used with action verbs. For example:

Although used to + base form and would + base form are the only structures that explicitly mark habitual aspect, we often use other verb tenses to convey it as well. For example, we often use the present simple tense to indicate habitual actions, as in:
However, other verb tenses can be used with an implied habitual aspect. For example:
When the habitual aspect is unmarked, as above, it is often accompanied by a time marker that clarifies how often the action occurs, such as every day, on Sundays, six days a week, etc.

English does not have an explicit habitual aspect marker for the future either. Most often, we use the future simple tense along with a time marker to indicate habit. For example:
As with the alternate constructions of the continuous aspect, there is disagreement over whether unmarked verb forms can be considered to express habitual aspect, since it may simply be the additional information in the sentence that expresses the habitual meaning, rather than the verb phrases themselves.
Get all volumes of The Farlex Grammar Book in paperback or eBook. 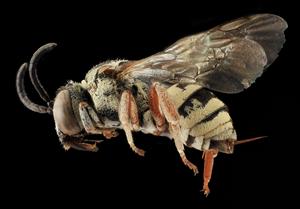 I before E: 21 spelling rules (and their crazy exceptions!)
Feedback
Trending