Even though Brits and Americans both speak English, there can be quite a language barrier when it comes to navigating everyday life in either country. Should you order "chips" or "fries"? Rent a "truck" or a "lorry"? Stand in "line" or "queue"?
Take a look at these vocabulary differences, broken down by category.

chips / fries
In British English, “chips” are long, thin pieces of potato that are fried in oil and eaten hot. Pieces of potato like these are called “fries” or “french fries” in American English.
In American English, “chips” or “potato chips” are very thin slices of potato that have been fried until they are hard and crunchy and are eaten cold. Pieces of potato like these are called “crisps” in British English.
biscuit / cookie
For the British, a "biscuit" is a small flat dry sweet or plain cake of many varieties, baked from a dough, which Americans call a "cookie." In the US, a “biscuit” is a kind of small roll similar to a muffin.
takeaway / takeout
Americans say they are picking up "takeout" when they get food to be taken and eaten off the premises, for instance, "Chinese takeout" or "the takeout counter." In British English, this type of food is known as "take-away."

lorry / truck
In British English, a large motor vehicle designed to carry heavy loads is called a "lorry," a name perhaps related to dialectal "lurry," to lug or haul. In the US, this type of automobile is called a "truck."
motorway / highway
A main road for fast-moving traffic, having limited access, separate carriageways for vehicles traveling in opposite directions, and usually a total of four or six lanes is known as a "motorway," in British English but a "highway," "superhighway," "freeway," or "expressway" in American English. Some GPS devices even allow you to change the automated voice between American English and British English!
underground / subway
In some American cities, "the subway" is a railway system in which electric trains travel below the ground in tunnels. Some speakers of British English also use "subway" to refer to a British railway system like this, but the London and Glasgow systems are usually called "the underground." The London system is also called "the tube."
boot / trunk
In the UK, the storage compartment in the back of the car is called the boot. In the US, it's called the trunk.

loo / bathroom
An American looking for a "bathroom" in England would do well to ask for the "loo" instead.
flat / apartment
In British English, a flat is a set of rooms for living in, usually on one floor of a large building. Americans call it an "apartment."
lift / elevator
In British English, a "lift" is a device that moves up and down inside a tall building and carries people from one floor to another. In American English, a device like this is called an "elevator."
queue / line
A line of people or vehicles waiting for something is known as a "queue" in British English, while Americans use the term "line."
pram / stroller
You know that small vehicle with four wheels in which a baby or child is pushed by an adult? Brits call it a "pram" while Americans say it’s a "stroller."
brolly / umbrella
"Brolly" is British slang for "umbrella." Although "bumbershoot" is often mistakenly thought to be British, it is actually an early-20th-century American slang term, created from "bumber," a variant of "umbrella," and "shoot," an alteration of the word "parachute."
holiday / vacation
Brits go on holiday. Americans go on vacation.
football / soccer
In Britain, "football" is a game played between two teams who kick a round ball around a field in an attempt to score goals. In America, this game is called "soccer," while American "football" is a game played between two teams who throw or run with an oval ball in an attempt to score points.
chemist / pharmacist
In the US, a chemist is a scientist working in a laboratory. For Brits, a chemist dispenses prescriptions.

jumper / sweater
A pullover “sweater” in the US is known as a “jumper” in the UK.
trainers / sneakers
In the UK, athletic shoes are often called "trainers," but in the US they are usually known as "sneakers."

dodgy / shady
Unpleasant or unsavory characters or places in the UK are often called "dodgy." In the US, they are often called "shady"
gobsmacked / shocked
If you are extremely "surprised" or "shocked" in the UK, you can say that you’re "gobsmacked."
bloke / guy
In the UK, a "bloke" is the equivalent of the most common American term, "guy."
Do you know of other words that mean something different in the UK and US?
Take a look at British and American spelling differences here.
Get all volumes of The Farlex Grammar Book in paperback or eBook.

Share Tweet
The 9 worst pubLic spelling blunders in modern history We ranked the top 27 letters of the alphabet (U won't believe what's #21!) 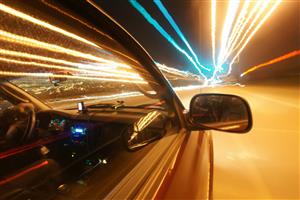 A very long list of adverbs, not all of which end in -ly
Feedback
Trending