What is an uncountable noun?

Nouns that cannot be divided or counted as individual elements or separate parts are called uncountable nouns (also known as mass nouns or non-count nouns). These can be tangible objects (such as substances or collective categories of things), or intangible or abstract things, such as concepts or ideas. Nouns that can be divided are called countable nouns, or simply count nouns.
Here are some examples of uncountable nouns:
(*Even though news ends in an “-s,” it is uncountable. We need this “-s” because without it, news would become new, which is an adjective.)

Uncountable nouns are not plural

Just as uncountable nouns cannot take the indefinite articles “a” or “an” because there is not “one” of them, it is equally incorrect to use third-person plural pronouns with them, as they are not considered a collection of single things. For example:
Note that single hairs become countable. If there are two hairs on your jacket, you can say “hairs” or use the plural pronoun “they.” The hair on your head, however, is seen as an uncountable noun. We will discuss nouns that can be either countable or uncountable depending on context in greater detail further on.

Plural forms of the noun

We also cannot make uncountable nouns plural by adding “-s” on the end. Again, they are grammatically regarded as single, collective units. For example:

Because uncountable nouns cannot be plural, it is very important to use the correct subject-verb agreement. Subject-verb agreement refers to using certain conjugations of verbs with singular vs. plural subjects. This happens most noticeably with the verb to be, which becomes is or was with singular subject nouns and are or were with plural subjects. Because uncountable nouns are grammatically singular, they must take singular forms of their verbs.
Here are a few examples illustrating this distinction:

Measurements of distance, time, and amount

A notable exception to the subject-verb rule we just discussed relates to countable nouns that are describing measurements of distance, time, or amount. In this case, we consider the sum as a singular amount, and so they must take singular forms of their verbs. For example:

If we want to identify one or more specific “units” of an uncountable noun, then we must add more information to the sentence to make this clear.
For example, if you want to give someone advice in general, you could say:
But if you wanted to emphasize that you’d like to give them a particular aspect or facet of advice, you could not say, “Can I give you an advice?” Instead, we have to add more information to specify what we want to give:
By adding “piece of” to the uncountable noun advice, we have now made it functionally countable. This means that we can also make this phrase plural, though we have to be careful to pluralize the count noun that we’ve added, and not the uncountable noun itself. For example:

Omitting the units from uncountable food and drink nouns

As we’ve already seen, certain quantifiers (a kind of determiner that specifies an amount of something) can only be used with uncountable nouns, while others can only modify countable nouns. While we will examine these more in depth in the chapter on Determiners, here are a few examples that cause particular confusion.

We use too + an adjective to mean “beyond what is needed or desirable,” as in, “It is too big.”
Too much, on the other hand, is used to modify uncountable nouns, while too many is used with countable nouns—they are not used with adjectives. For example, the following sentences would both be incorrect:
One particular source of confusion that can arise here is the fact that much can be used as an adverb before too to give it emphasis, as in:
We also must be sure not to use too much with a countable noun, nor too many with an uncountable noun.

The conventional rule regarding less vs. fewer is that we use fewer with countable nouns and less with uncountable nouns. For example:
The rule carries over when we add words to an uncountable noun to make a countable phrase (as we looked at above). We can see this distinction in the following examples:

Measurements of distance, time, and amount

As we noted above, measurements of distance, time, or amount for nouns that we would normally consider countable (and thus plural) end up taking singular verbs. Likewise, these terms also take the word less, most often in the construction less than. For example:
Note, however, that we generally can’t use less before these kinds of nouns:
Less is also used with countable nouns in the construction one less _____, as in:
Fewer can also be used (albeit less commonly), but the construction usually changes to one ______ fewer, as in:

It is important to note that many grammar guides dispute the necessity of this supposed “rule,” referencing that it was in fact implemented as a stylistic preference by the 1770 grammarian Robert Baker, and that fewer and less had been used interchangeably for countable and uncountable nouns for hundreds of years before that. Specifically, it is considered by some as acceptable to use less with countable nouns, especially in informal or colloquial writing and speech.
As long as the sentence does not sound awkward, it is probably safe to do so. However, many still regard the fewer vs. less rule as indisputable, so it is recommended to adhere to the rule for professional, formal, or academic writing.

Nouns that are both countable and uncountable

The general idea of countable versus uncountable nouns is simple. If something can be counted with numbers, then it is countable, as the name suggests; if not, then it is uncountable.
However, words in English often carry a number of different meanings, and these can affect whether a word will be considered countable in one instance compared to another.
Take, for instance, the following example featuring the abstract noun love:
This is a clear instance of an uncountable noun. The abstract idea of love cannot be counted with numbers and is thus uncountable. However, the word love can also mean “a person or thing one loves.” When carrying this particular meaning, love is countable. For example:
Likewise, many things we would normally consider to be countable have meanings that render them uncountable. For instance:
Because the concrete noun stone has a subtly different meaning in these two different sentences, it is considered countable in one and uncountable in the other. Let’s look at some common examples to help reinforce the concept:
These are just a few examples of nouns that can be both countable and uncountable, depending on context and specific meaning. There are far, far too many to list every single one here, so you simply have to know which meaning a word carries in a given context and decide whether that meaning makes the noun countable or uncountable.
Get all volumes of The Farlex Grammar Book in paperback or eBook. 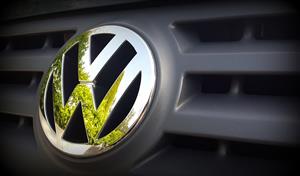 Deflategate and 14 other scandals ending in -gate (including Gategate!)
Feedback
Trending