a while vs. awhile
https://www.thefreedictionary.com/a-while-vs-awhile.htm
Printer Friendly
The Farlex Grammar Book > English Spelling and Pronunciation > Common Mistakes and Commonly Confused Words > a while vs. awhile

a while vs. awhile

What is the difference between a while and awhile?

A while and awhile have very similar pronunciations: /əˈwaɪl/ and /ə waɪl/, respectively. The pause between the two-word phrase is not very distinct, though, and, because the two terms have very similar meanings, they are often and easily confused.
The single word awhile is only ever an adverb meaning “for a short period of time”; it can only modify verbs, as in:
The phrase a while is what’s known as a noun phrase—a group of two or more words that together act as a noun in a sentence. A while means “a period of time” (not necessarily a short one), and, like other noun phrases of time (such as one day, last year, etc.), it can be used adverbially as well. Because of this, it is therefore acceptable to use it in the same way as awhile. For example:
However, there are some instances in which we can only use one or the other. For example, when we are using a preposition (typically the word for), then we have to use a while. This is because prepositions can only be followed by nouns or noun phrases when forming prepositional phrases. For instance:
If we drop the preposition, then we can use either spelling, as we’ve seen already:
There are also other instances in which while is a noun and a while must be spelled as two words. For example:

Because a while can correctly be used in all instances and awhile is only appropriate some of the time, simply use the two-word spelling if you are unsure of the usage—it will always be correct.
Get all volumes of The Farlex Grammar Book in paperback or eBook. 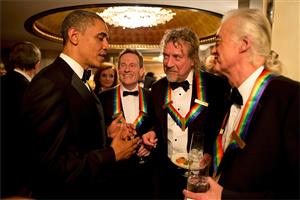