to vs. too vs. two
https://www.thefreedictionary.com/to-vs-too-vs-two.htm
Printer Friendly
The Farlex Grammar Book > English Spelling and Pronunciation > Common Mistakes and Commonly Confused Words > to vs. too vs. two

What is the difference between to, too, and two?

These three words give writers a lot of trouble because they all have the exact same pronunciation: /tu/. However, each has a very specific meaning and usage, so it’s important to understand the distinction between them.
To is most often a preposition; it has a broad range of meanings and uses, but it usually means “in a direction towards” or “reaching.” For example:
Too is an adverb most often meaning “in addition; also; as well; furthermore.” It is also used as an intensifier, meaning “excessively or more than is useful, usual, fitting, or desirable,” or “very; extremely.” For example:
Two is primarily a noun meaning “the cardinal number that is the sum of one plus one,” “a set of this many people or things,” or “something representing or represented by two units.” Two is also commonly used as a determiner (a type of word similar to an adjective that introduces and provides information about a noun), meaning “amounting to two.” For example:

There are few mnemonic tricks we can use to help determine which spelling is correct:
More functionally, remember that to will almost always be followed by a noun (to form a prepositional phrase); too will always be describing a verb, adjective, or other adverb; and two will always describe or function as a noun.
Get all volumes of The Farlex Grammar Book in paperback or eBook. 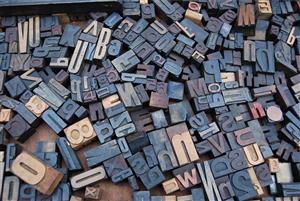